Germany,Freiburg. On the former area of a French barrack site, Vauban, a new district is being developed for more than 5,000 inhabitants and 600 jobs. In 1993 the planning for the district started and in 2006, after three development phases, the district (38 hectares) will be completed. By the beginning of the year 2001, 2000 people had moved in.In the fields of energy, traffic / mobility, building and participation / social interaction / public spaces new concepts were successfuly put into practice.
all houses are built at least with improved low energy standard .
an ecological traffic / mobility concept is implemented with a reduced number of private cars to be parked in the periphery (about 40% of the households agreed to live without an own car), good public transport, a convenient car sharing system and a higher quality of living
streets and other public spaces are playground for kids and places for social interaction. 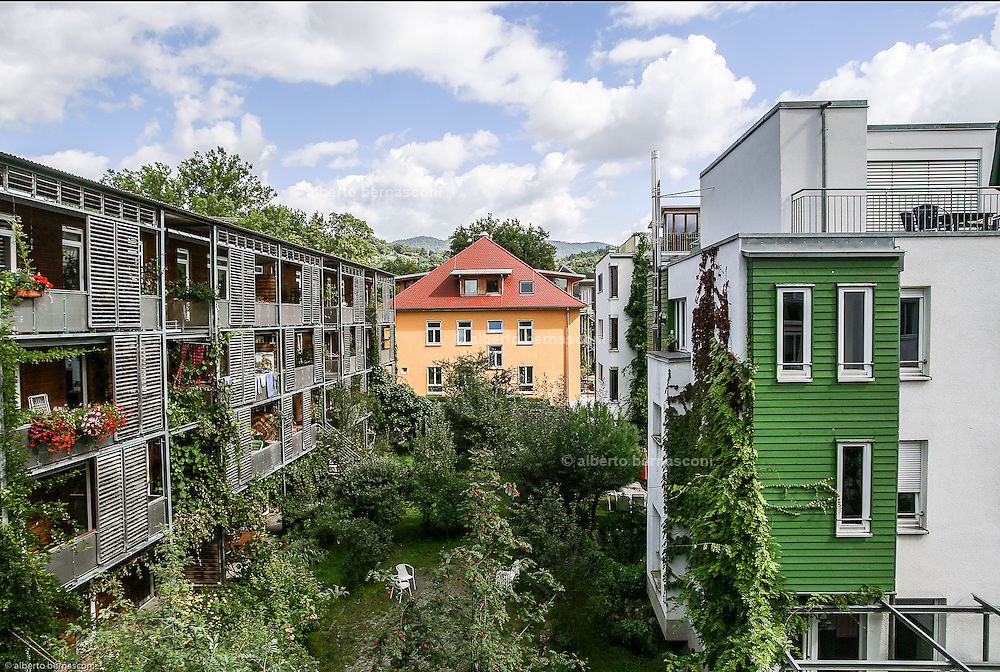