Stabio, Svizzera, il campione mondiale di ciclismo Cadel Evans. born 14 February 1977) is an Australian professional racing cyclist and winner of the 2011 Tour de France. Early in his career, Evans was a champion mountain biker, winning the World Cup in 1998 and 1999 and placing seventh in the men's cross-country mountain bike race at the 2000 Summer Olympics in Sydney...Evans turned to full-time road cycling in 2001, and gradually progressed through the ranks. He finished second in the 2007 and 2008 Tours de France. He became the first Australian to win the UCI ProTour (2007) and the UCI Road World Championships in 2009. Finally, he won the Tour de France in 2011, riding for BMC Racing Team, after two Tours riddled with bad luck.[3] At 34, he was among the five oldest winners in the race's history. 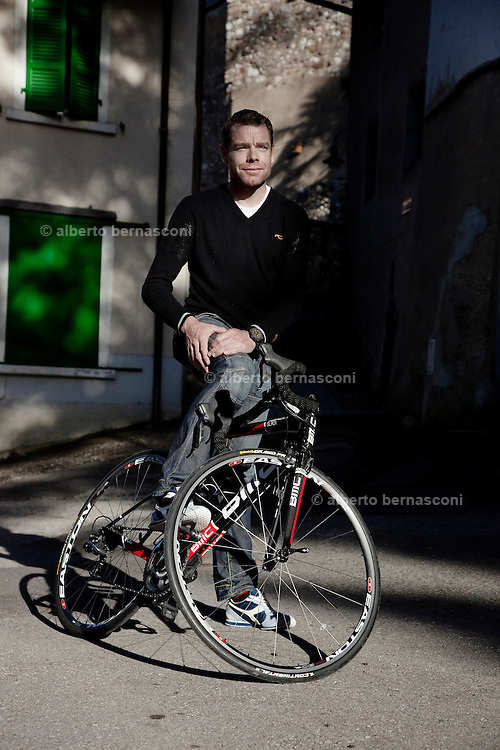