one day at the Palio di Siena

But while at the curve at San Martino the accidents have happened both on the first lap (45%) as well as on the second lap (55%), at the "Casato" curve the accidents have happened mostly on the first lap (70%). In the past the borders of this curve were covered in mattresses in an attempt to protect falling horses and jockeys. Recently, however, the curve is sheathed in the same plastic material used as buffer in car racing. At the shot of the mortaretto, the horses come out of the Entrone and line up at the starting line, known as the mossa. As soon as the last horse reaches the starting line the race begins and lasts for three rounds of the square (about 1 kilometre in total). The first horse to cross the finishing line is the winner, regardless of whether it is still mounted. 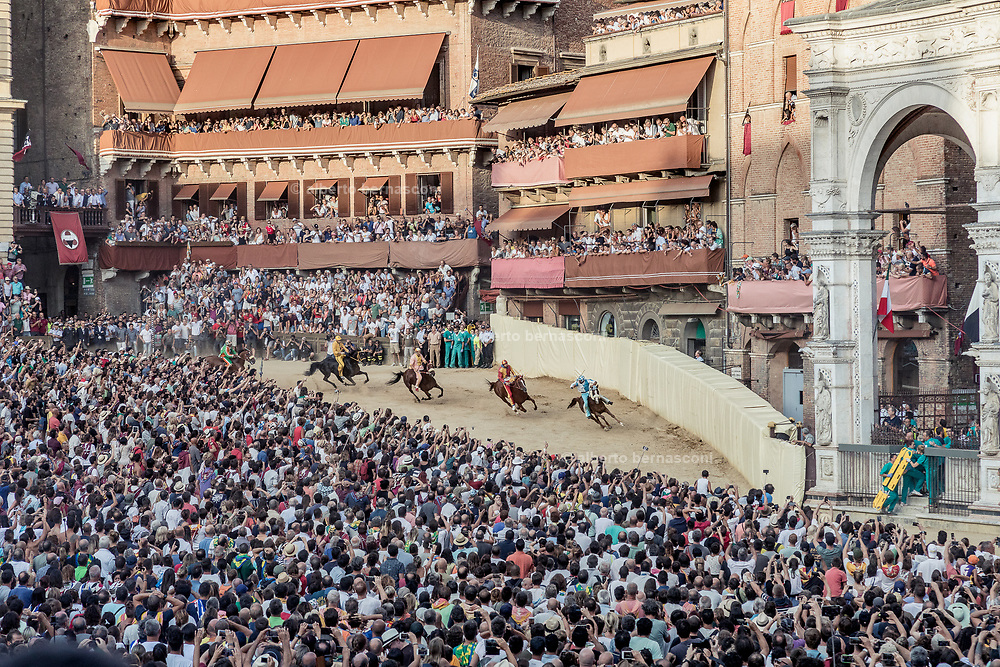