Vietnam, Vietnam, Dien Bien Phu : Vietnamese veteran at the War Meseun in Dien Bien Phu, the climactic battle between French and Vietnamese Communist forces (called the Vietminh) after World War Two, took place at the town of Dien Biên in northwestern Vietnam. The defeat of over twenty-thousand French troops on 7 May 1954 after a fifty-five day siege of the camp led directly to the division of Vietnam into two countries. French forces at Dien Bien Phu found themselves surrounded and cut off. After nearly a two-month siege, the Viet Minh overran Dien Bien Phu, prompting the end of French Indochina. Today, Dien Bien Phu is a major city and is scheduled to replace Lai Chau as the provincial capital. Ironically, the development is threatening to overrun the battlefield. 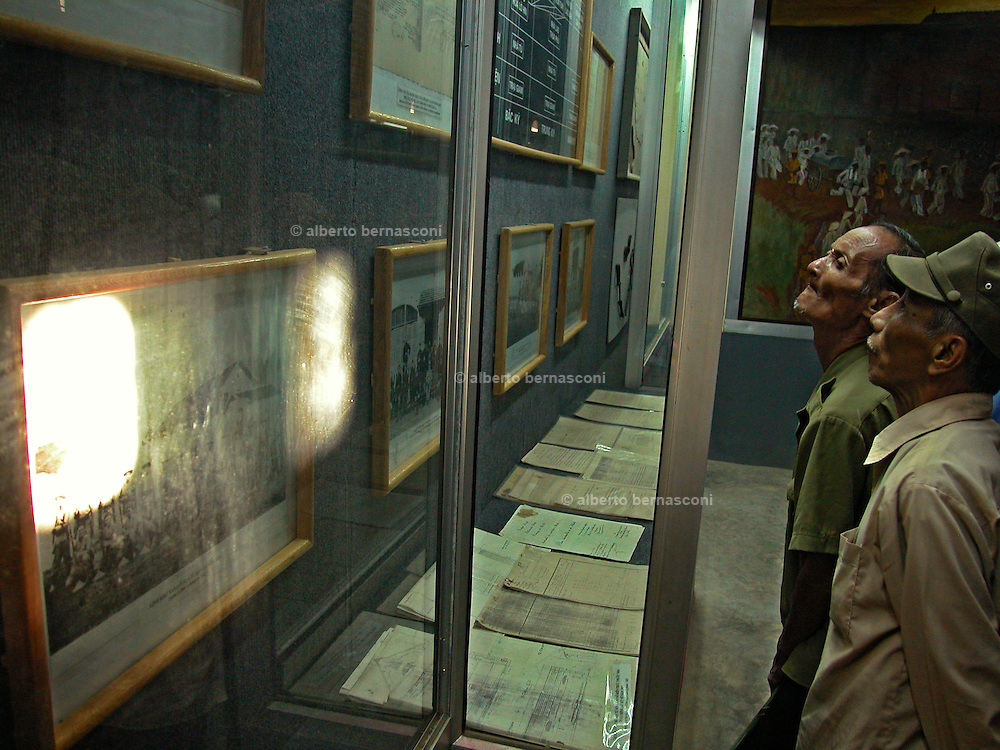