Milano, discoteca Le Quinte, festa di premiazione Scene Queen and Scene King dell'anno. Milan, scene queen and scene king contest in disco club Le Quinte.. The scene is an idea that started in the late 90s for most of the people who will be reading this; it was a community of people joined together to share the love of music. If you saw the band Thursday in 2002, you would know what the scene was. There was a sense of community and a genuine love for creative music rather than the cookie-cutter dance-pop bands that are currently plaguing the scene. Today, thanks to the Internet and rampant Myselfism, it has degenerated into a popularity contest where the music is a springboard and an excuse to let those displaced by the boy band implosion of the new millenium find an edgy way to remain shallow and vapid, a way to conform to individuality...Urban Dictionary lists various different definitions for scene queen, but I have come up with a pretty good definition of what a scene queen is...Scene Queen (n): One who attempts to make a name for herself in the "scene" through exploitative and superficial means, whether it be posing provocatively for social networking sites and whoring herself out for the maximum amount of friends/devotees possible, dating a member of a popular band, and/or being blatantly and overly controversial in an attempt to be heard in an increasingly crowded Internet marketplace. Must wear copious amounts of make up and have ridiculously impractical hair. (http://www.absolutepunk.net/journal.php?do=showentry&e=32451).. 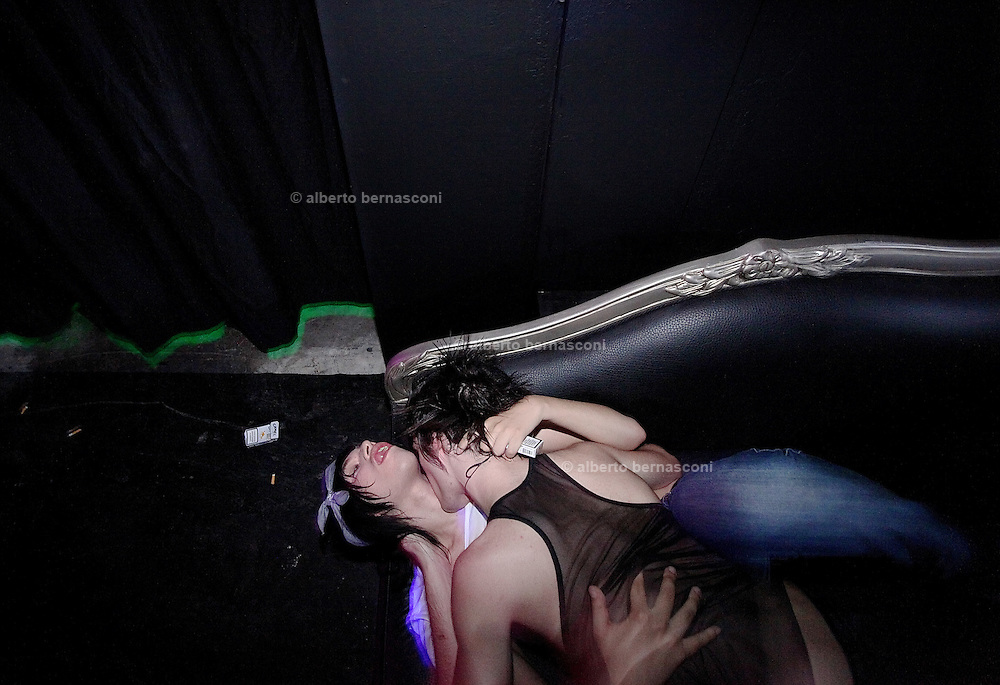